Chinese authorities have warned officials in north China of possible flash floods triggered by rainstorms as the powerful typhoon Lekima is expected to make a second landing late Sunday.

The coastal city of Qingdao in Shandong Province issues a red alert for heavy rain due to the powerful typhoon Lekima will make a second landing along the coastline in Shandong late Sunday, August 11, 2019. [Photo: IC]

From 8 p.m. Sunday to 8 p.m. Monday, flash floods will likely occur in parts of Hebei, Liaoning, Shandong provinces and the Inner Mongolia Autonomous Region, according to a statement released by the National Meteorological Center and the Ministry of Water Resources.

The super typhoon Lekima is expected to make a second landing along the coastline in Shandong late Sunday, packing strong winds and heavy downpours, the National Meteorological Center warned.

Heavy rain is expected to hit Tianjin and the provinces of Shandong, Hebei, Liaoning and Jilin, it said.

A total of 32 people died and 16 remain missing after Lekima, the ninth and strongest typhoon of the year, landed around 1:45 a.m. Saturday in the city of Wenling in eastern China's Zhejiang Province.

Authorities have mobilized dramatic rescue and relief efforts, with firefighters, soldiers, policemen and government agency staff searching for those missing. 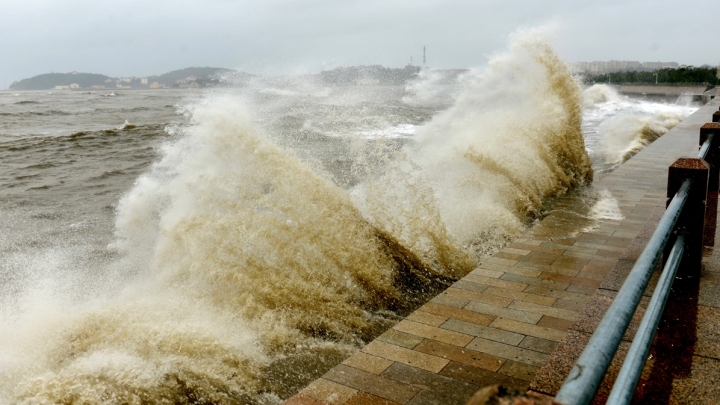